On Tuesday I flew to Iceland and yesterday, began a road trip that will take me around the entire island. Iceland is very cold this time of year of course, the clue is in the name of the country I guess.  It’s cold and it’s snowy in February/March.  I know it’s going to be challenging but ultimately very rewarding.

Travelling from Reykjavik on Wednesday morning, I was stopped by a road authority official who warned of extreme weather ahead, super high winds and blowing snow.  He looked at the tyres (winter tyres on a Jeep Grand Cherokee) and decided that I should be OK, but to take it very steady.

A few miles down the road and up ahead all that could be seen was a wall of white.  Snow was being blown down the side of a mountain toward the sea.  Emboldened by seeing a car emerge from from this cloud, I drove on, and all became white, all that is except the yellow road markers telling me I was still on track.  Without those I wouldn’t have had a clue, occasionally even those disappeared but reappeared (thankfully) very quickly.

When in Iceland there is an app you can download for android and iPhone called 122 Iceland.  Basically you call up the app and you are then able to send your current location to the road authority.  They store your last 5 locations using GPS on your phone to locate you.  There is also a red button to press should you encounter an emergency.  I was pleased to have the app, lots of warm clothes, flasks of soup, tea and plenty of food.

It was quite intense experience but thankfully one that I emerged from.  The rest of the trip north to Hvammstangi was much easier.  The roads tend to be built up above the landscape.  No fences or hedges to create barriers behind and in front of which, impassable drifts can form.  The snow blows straight across the road leaving them surprisingly clear.  However, when there’s a lot of snow falling, accumulation is inevitable.

Today, I hit a real blizzard though.  I thought Wednesday morning was bad.  Visibility was down to a few yards and once again, it was down to the yellow markers keeping me on the road.  But every mile I drive, I gain more confidence in driving in heavy snow.   I was surprised to see the Icelanders barreling along as if there was no snow there at all.  A bit alarming when a vehicle suddenly appears out of the snow going at surprisingly high speed.  The roads are fairly narrow with very steep drops on either side at times. It’s just a case of keeping one’s nerve.. :-/

For many of you reading this blog, this is normal winter weather of course.  In Cornwall, down in the south-west of the UK, the closest we got to winter this year was a single light frost.  I have no experience of these conditions.  I’m certainly getting plenty of experience now.  Snow is rare in Cornwall and if it does come, it’s gone by lunchtime but the chaos it causes in the meantime is incredible.  That said, I guess if it happened more often, people would be prepared, as they are here in Iceland and, no doubt in other snowy parts of the world.

Below are a few pictures I’ve taken since I arrived.  Lots more to follow. I’ll be checking in but forgive me if I don’t get to all of your blogs over the next couple of weeks, I’m going to be quite busy enjoying this amazing island.  Fellow blogger and good friend Poppy (Poppytump@number4) and her husband will be catching us up in Akureyri next Monday and will be joining the road trip.  We’ve a lot of photography to pack in over the coming days.. 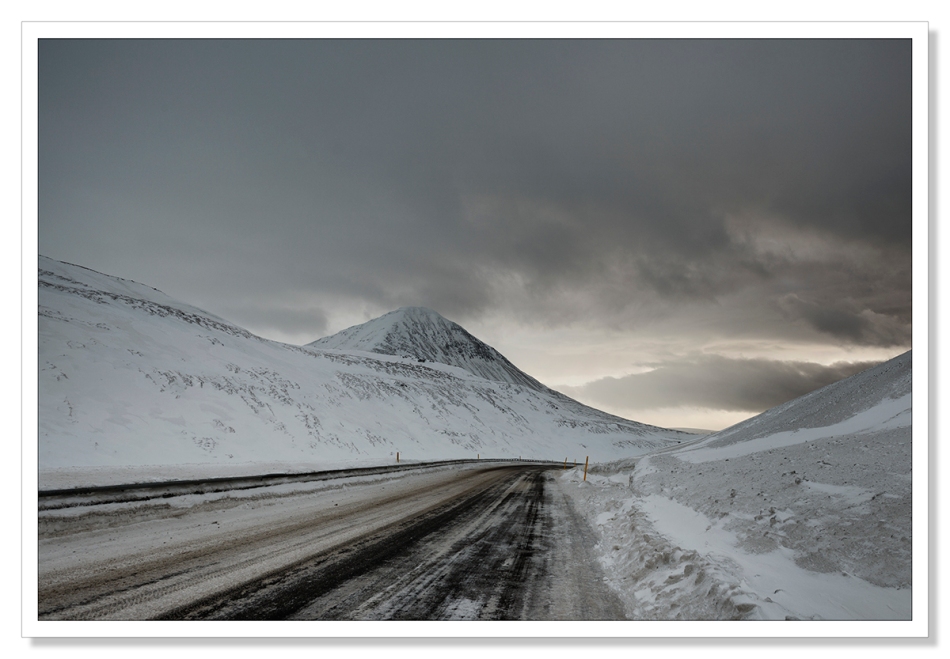