Of Wrecked Planes and Missing Tails..

On November 24th 1973, a US Naval DC-3 Dakota crash landed on the black sands at Sólheimasandur in the south of Iceland.  The plane apparently ran out of fuel although it was later discovered that the pilot simply switched over to the wrong fuel tank.  How true that is I don’t know.  What is a fact is that the plane lies on the beach to this day.  Ravaged by arctic gales and the ferocity of the Icelandic winters the plane, forty years on, is not what it once was.  It’s clear that much of the plane has been dismantled and taken away, no doubt recycled and utilised elsewhere.  The Icelanders are a very resourceful lot and will recycle anything useful.

I read in an article on the wreck in the Daily Mail that stated the tail mysteriously disappeared amid rumours it was stolen by a local farmer to sell it on.  I’ll come back to that story in a bit.

It’s an interesting place to visit.  The silver fuselage against the black sand creates a dramatic contrast and on a very wild, rainy and stormy morning, such as it was when I visited, dark brooding skies add to the drama of this apocalyptic scene.  While I was photographing the wreck, I spotted movement out of the corner of my eye.  Way in the distance on the horizon I saw an arctic fox, curious but ultra shy, I turned my camera in that direction and managed to press the shutter but all I got was a blurry outline.  He was gone before I could properly compose and focus of course.

The site is popular with photographers naturally.  Its location, not a terribly well-kept secret, draws many visitors.  I’m sure I’ll return, especially if the northern lights should put in an appearance when I’m passing.  I think the wreck will make for some effective foreground interest.  This isn’t the only wrecked Dakota in Iceland however. On my recent visit to Höfn, my good friend Runólfur Hauksson, took me to the site of the other wreck.

This particular DC-3 crash landed shortly after take off from Höfn airfield and lost its tail in the process.  It was similarly abandoned by the US Navy, where it landed.  The owner of the land where the plane crashed decided he wanted a more complete wreck than the one he had on his hands.  In negotiation with the owner of the land at Sólheimasandur, he bought the tail from the wreck on the sand, dismantled it and carried it back to east Iceland on a trailer where it sits to this day.  No stealing involved.  After all, if the US Navy didn’t want the planes, it seems entirely appropriate that title should pass to the owners of the land, to do with what they will.  I’ll be keeping the location of this other wreck under my hat I think.. :-) Click on any of the images below for a clearer, sharper view. 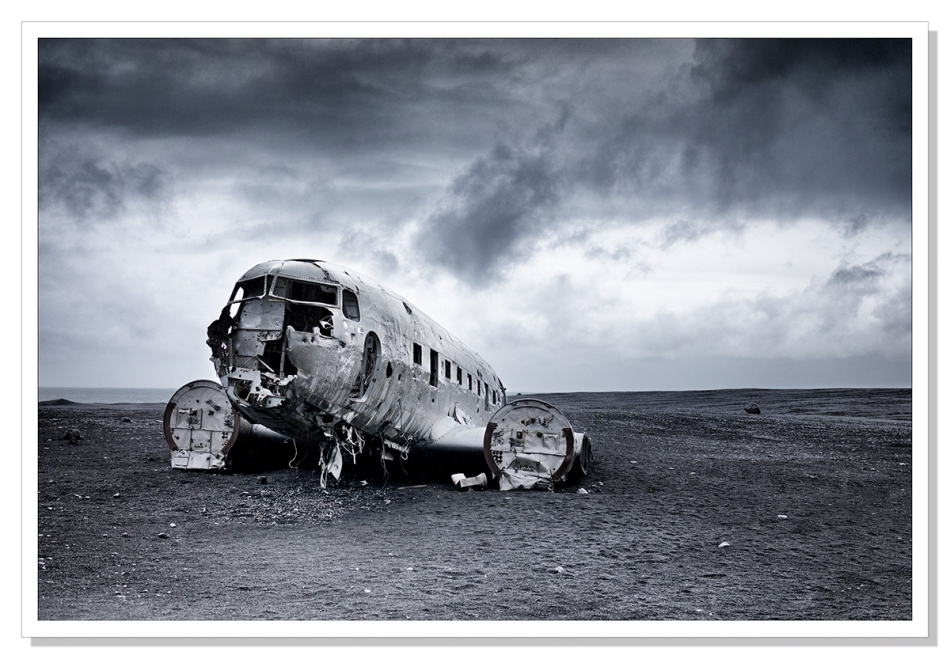 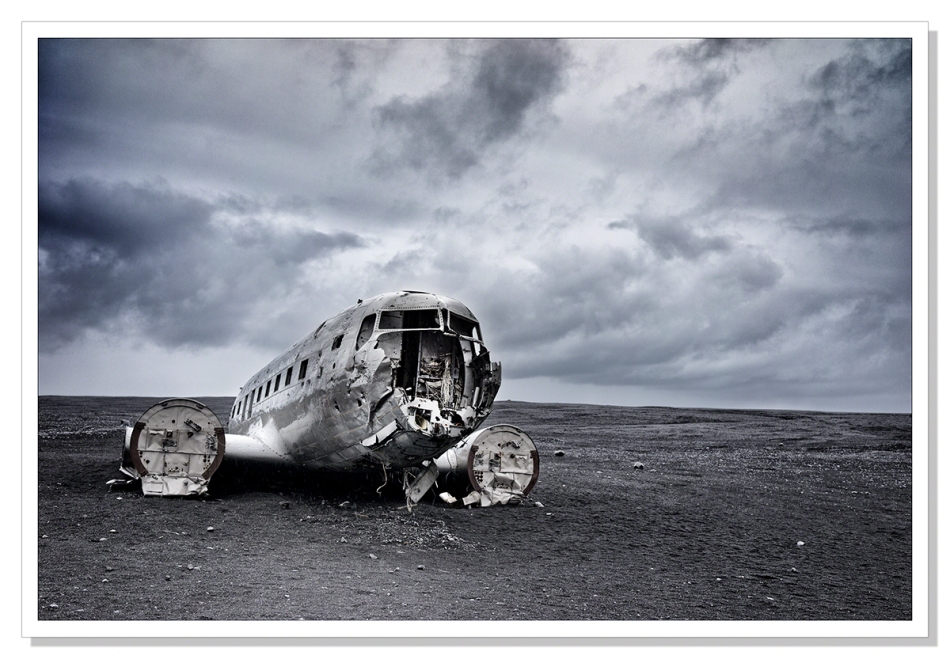 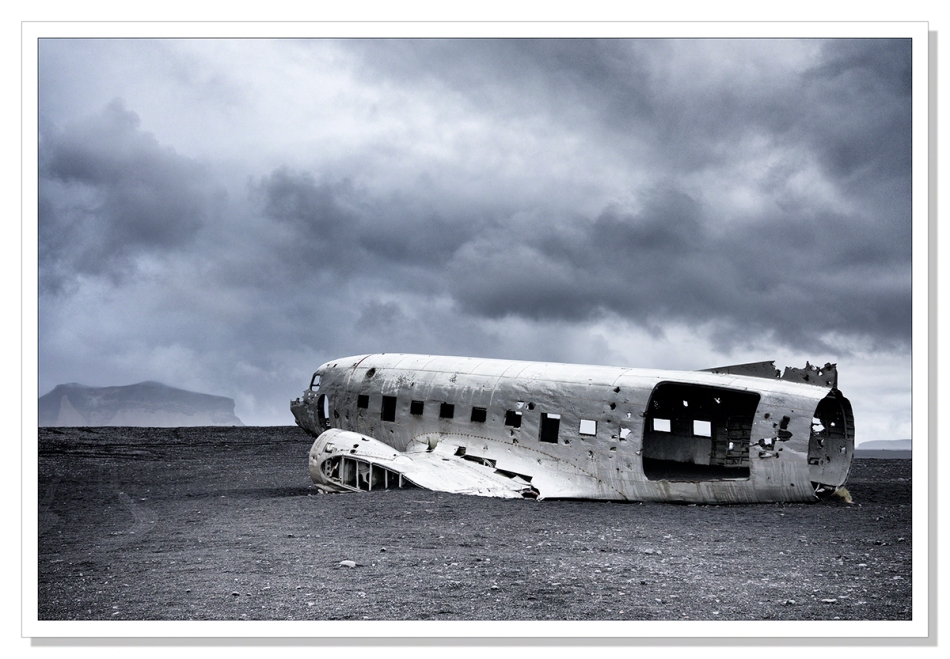 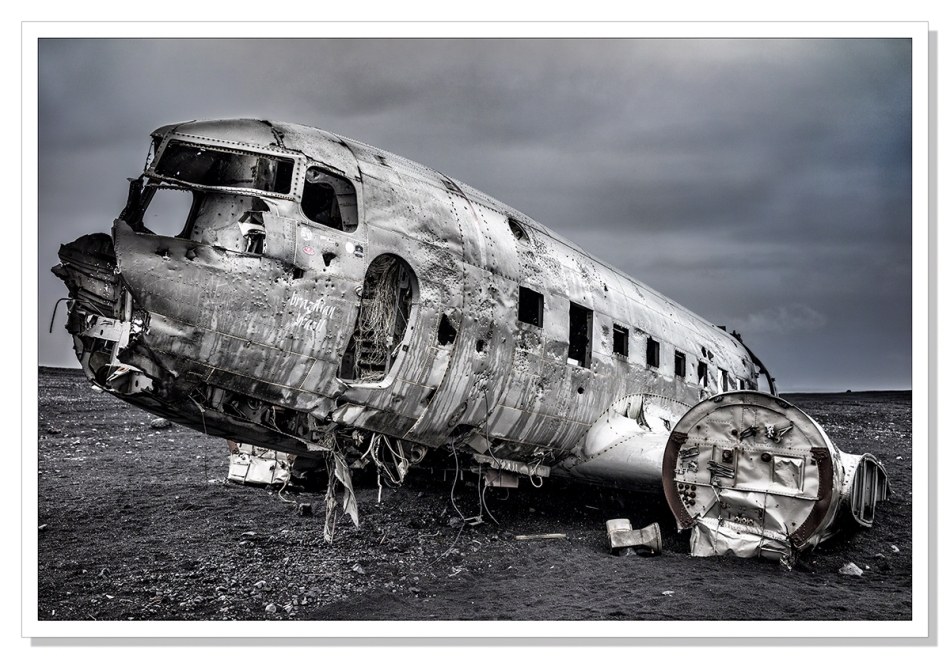 And the other Dakota, complete with tail.. 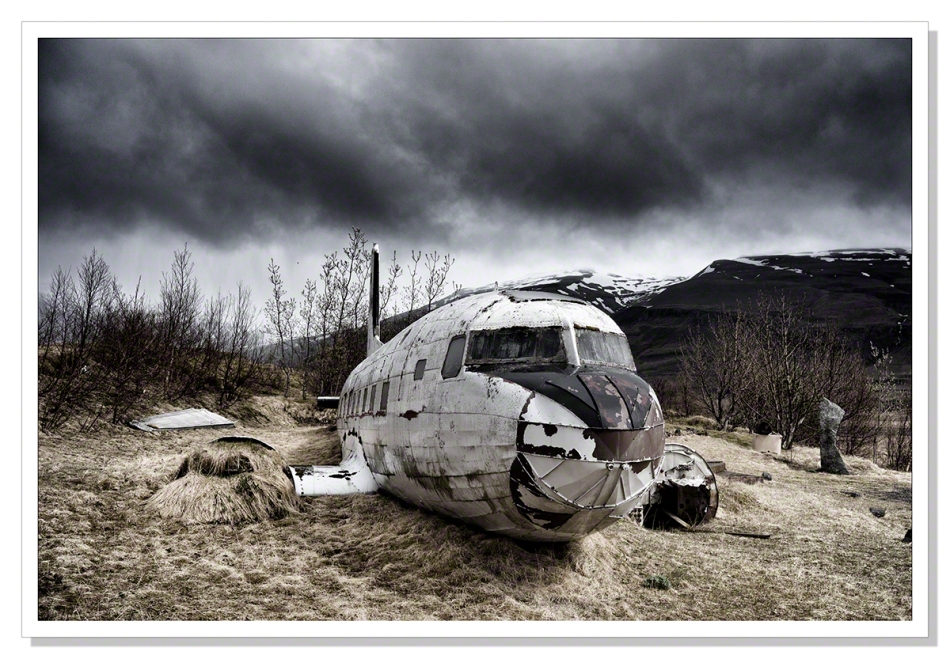