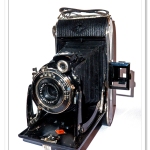 When fellow blogger and good friend Angi came to Cornwall to take part in one of my photo workshops, to my surprise, she had a gift for me.  The gift was an Agfa Billy Record 7.7 camera.  These cameras were produced between 1933 and 1942 so my new camera could be anything from 73 to 82 years old.  Given the war, I guess it’s more likely to be pre 1939.  It’s a real beauty.  The proviso that went with the gift was that I take some pictures with it.  I started by taking pictures of it with my point and shoot. See below.. :-)

The first film I put through the camera before Christmas gave me a few problems and I wasted the film but over the Christmas holidays, I got to thinking about film photography.  The gift had reminded me of my early teenage interest in photography when everything was analougue.  I can remember spending hours learning to wind a film onto a Paterson developing tank spool that my Dad had given me to practise with.  I never got around to actually following through, winding on a real film and developing it, so I set about ordering all I would need to develop the first roll of film from the Billy Record myself.

In for a penny, in for a pound, whilst shopping on ebay for used darkroom equipment I came across a listing for a Mamiya 645 pro medium format camera.  Having used the digital version last year (which costs around £30,000) the film version, for a few hundred pounds imported from Japan, seemed like a bargain not to be missed.  A new skill for a new year! 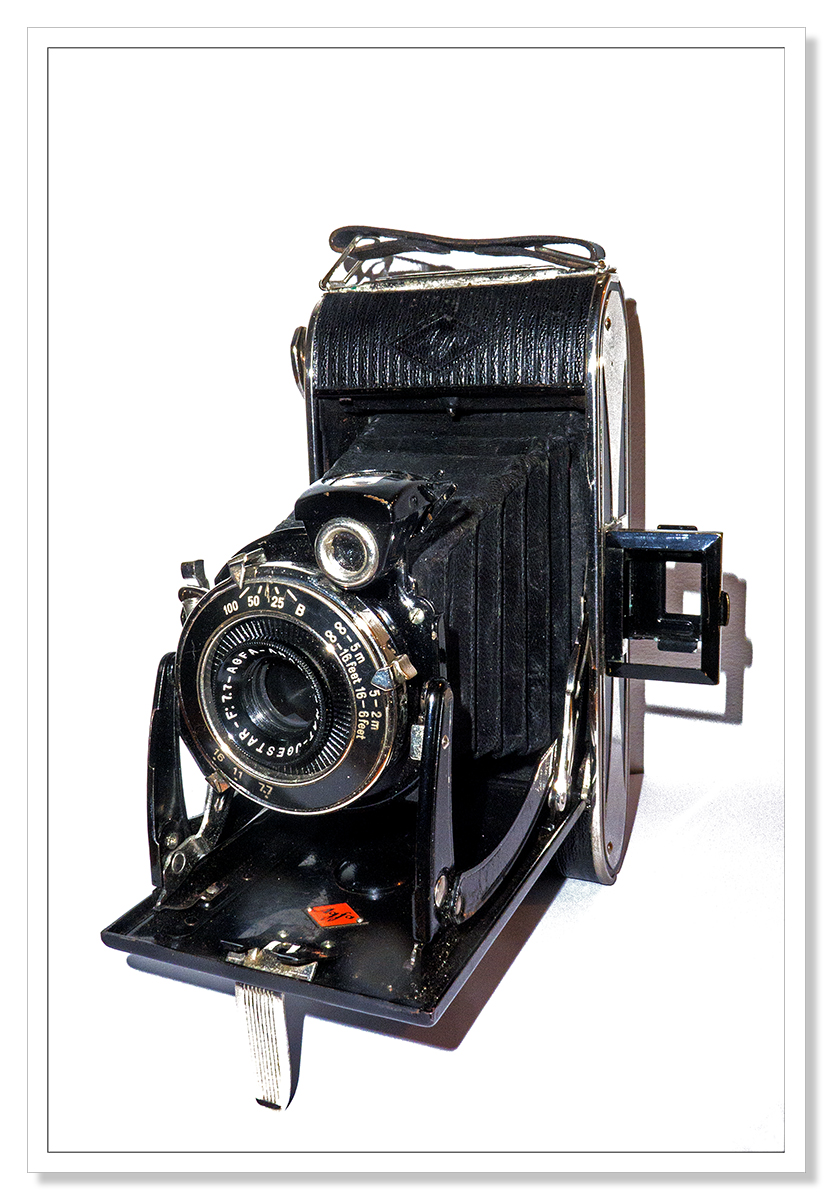 Today, I got around to developing the first film taken with the camera.  This was only the second time I’d developed a film (I’d already developed a test roll from the Mamiya) so I’ve been very pleased with the results on all counts.

The negatives are huge – 8.5 x 5.5 cm.  If you can imagine film to be the analogue equivalent of a digital sensor, this would be a very large sensor indeed.  The sensor in my Nikon D800 full frame digital camera is just 3.6 x 2.4 cm.  There are 36.8 million pixels packed into that sensor yielding amazing quality.  I’m sure the grains of silver halide on the film are larger than a pixel but the point I’m trying to get across is that this little camera has the potential for some fine quality prints.  The Agfa Billy is basically a medium format point and shoot.

The camera has two distance settings, 2m to 5m and 5m to infinity, three shutter speeds and three aperture settings.  The lens is simple, just three elements.  One thing it doesn’t have is an auto film advance.  So when a digital photographer like myself gets hold of a camera like this, the inevitable happens when said digital photographer forgets to wind on the film before taking the next shot, yielding a higher than acceptable number of double exposures. Still, these are the first pictures from this 80 year old camera, taken around my garden and I’m delighted with the results. Click on any of the images below to open a gallery. 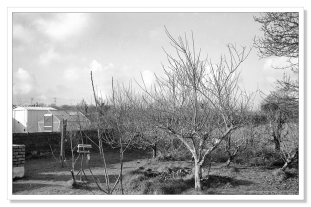 By the way, just one more week to go in the DLR ‘Blowing in the Wind’ Photo competition! Submit a photo or three and you could win Topaz Labs’ Complete Collection.  Must be worth a peek in the archives and an email with some attachments! We look forward to seeing your entries! Click Here for more details