Sete Cidades is a small town that sits within the caldera of the Sete Cidades volcano.  The caldera or crater is three miles across and the interior of the structure is occupied by diverse volcanic structures and four lakes. It is an almost circular caldera (5 kilometres (3.1 mi) in diameter and up to 400 metres (1,300 ft) high walls) formed through three phases of eruptions.

Sete Cidades has erupted at least eight times since ca. 1444, with six of these eruptions from submarine vents west of the volcano. The eruption in 1638 formed the ephemeral islet of Sabrina. Subaerial eruptions include a large explosive event on the southwest side of the caldera in 1444 and on the west flank of the volcano, at Pico das Camarinhas, in 1713. The most recent eruption was from a submarine vent in 1880.

The settlement of Sete Cidades has clearly been there sometime however, a friend of mine took a geological tour of Sao Miguel, guided by a geologist and volcanologist from the island’s university and when asked if she would live in Sete Cidades, she gave a very emphatic negative reply.  This is still very much an active volcanic region.

One of the main lakes is allegedly blue whilst the other is green and were, as legend has it, formed when a princess fell in love with a shepherd boy, a relationship that displeased the king somewhat and they were forced to part.  It is said that the blue lake was formed from the blue tears of the princess whilst the shepherd boy’s tears were green.

Much of the tourist literature does indeed show a blue and green lake but to be honest, in all the visits I have made to Sete Cidades in the last couple of weeks in all kinds of different weather and light, the two lakes have remained, resolutely, the same green no doubt from the algae and weed one finds in most lakes.  I had to resort to a bit of Photoshop trickery to reproduce what we see on all the tourist literature and what all the tour guides tell the tour groups they should be seeing.. 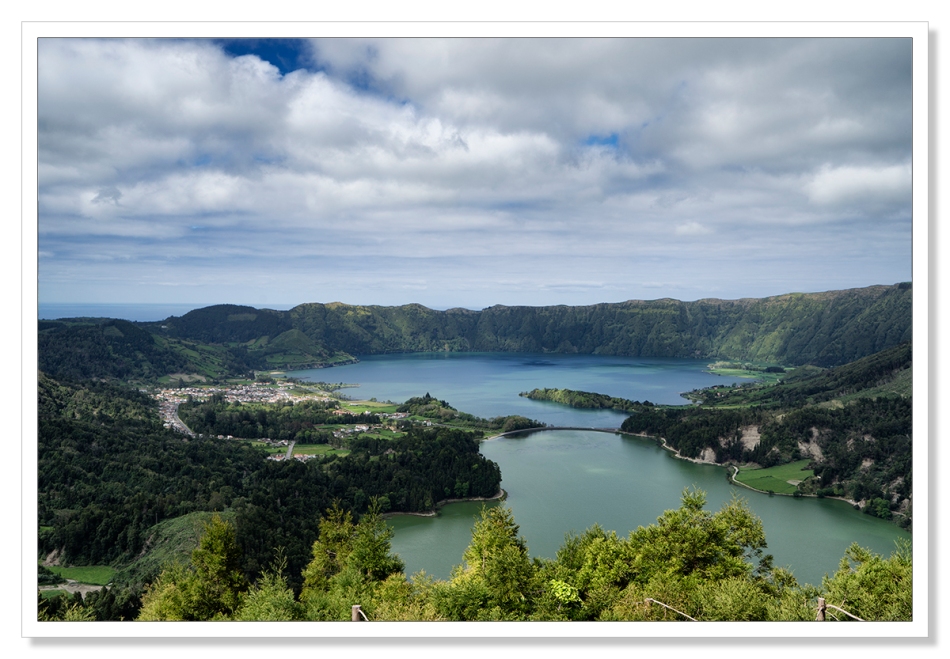 This is my origianl image.. 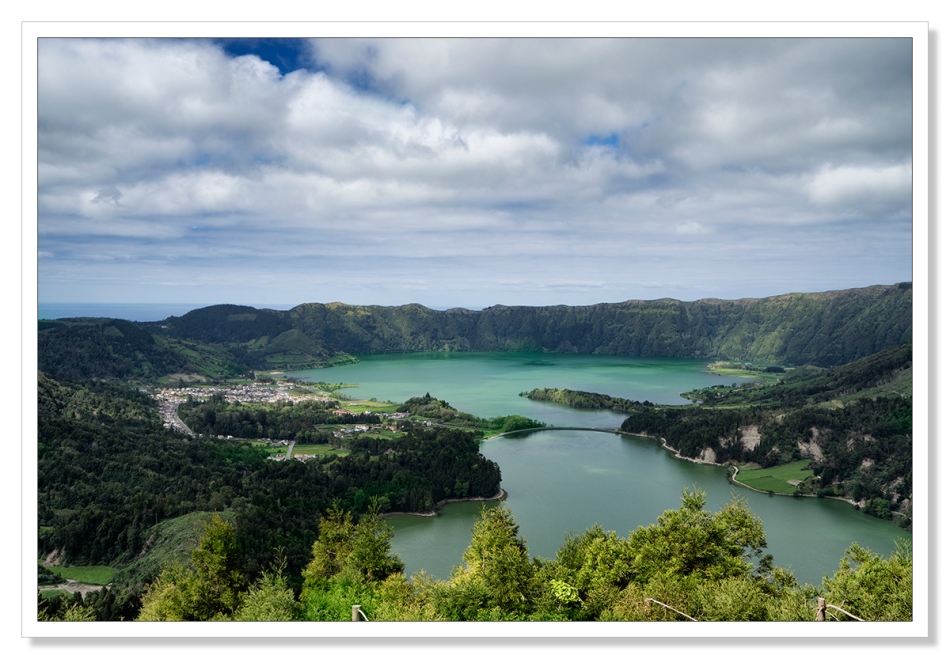 I’ve only ever seen two green lakes as I’ve said but I’m entirely happy to accept that on occasion, a blue and a green lake might be seen under the right weather conditions and light besides, it’s a fun story and this is just such an incredibly beautiful place, who cares?

I will be posting quite a few pictures from Sete Cidades when I get around to processing all the photos I’ve taken but here’s a taster of what one finds down by the lake.. 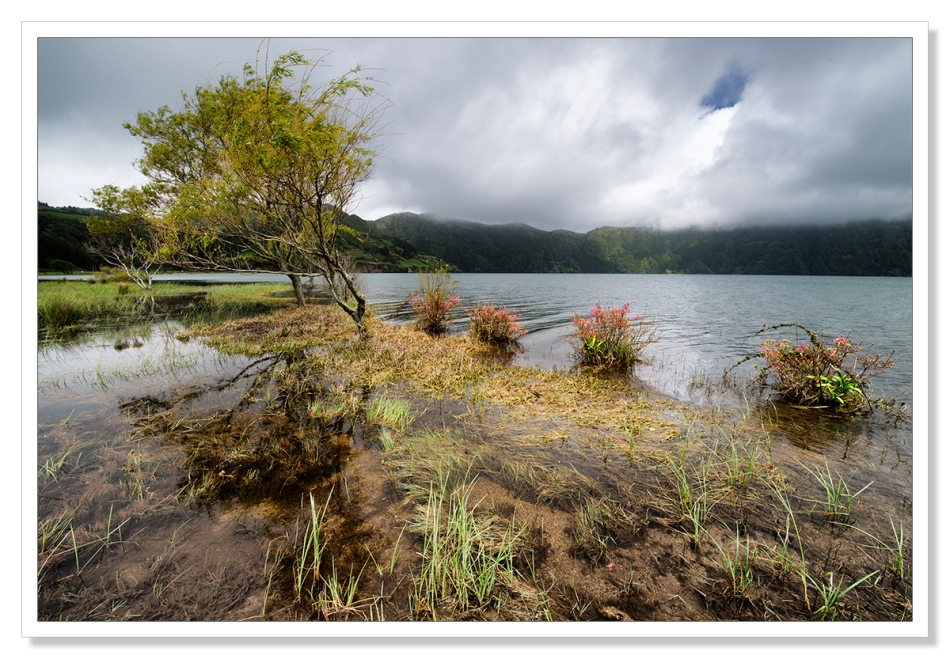 I’ll be flying home from the Azores tomorrow with lots of photographs to process and I’ll be catching up with everybody just as soon as I can..

This entry was posted on May 6, 2016 by Chillbrook. It was filed under Photography and Travel .