Just before Christmas I visited the Jubilee Pool in Penzance and was really taken with the beautiful Art Deco design of the pool.  I was aware that funding had been found to restore the pool to its former glory following the devastating storms at the beginning of last year. The pool was opened in 1935 to mark the Silver Jubilee of King George V. Today, it is one of the few remaining 1930s lidos in the entire country.

I was very interested in the future of the pool so I contacted the Mayor of Penzance and asked if I might be given access to take pictures of the pool, as it is now, before the restoration work begins.

I was put in touch with a chap called James Hardy, Community Network Coordinator, who is overseeing and coordinating the work for Cornwall Council.  I told James what I wanted to do, to capture the pool as it is now and to follow the work as it progresses over the next 12 months or so.  The plan is that the pool will re-open in May 2016.

My request was discussed at a meeting two weeks ago with the contractors who are carrying out the work and the Friends of the Jubilee Pool who are busy raising money to match funding from central government.  I’m really pleased to say that I have been taken on as photographer for the entire project and I will be now be a regular visitor to the pool, cataloguing the work as it proceeds.

I visited the pool on Monday and met Ashley Snell, a geo-technical engineer, who is currently surveying the pool. During the storms of last winter that I mentioned earlier, the force of the sea was such that the pool was lifted and moved from its anchorage on the bedrock beneath.  It’s Ashley’s job to now carry out a survey to assess the full extent of the damage and to gather information on the rock the pool sits on.  On Monday, drilling equipment was craned in and the process of drilling bore holes at different points around the pool has begun.

Monday was a beautiful day with bright sunshine presenting a few challenges photographically, but also opportunities.  I’ve a lot of pictures to go through and will be posting a gallery of those images soon but in the meantime, here are a few of the images I’ve processed so far.  In the bright sunshine, looking at the pool, one could be forgiven for thinking just a lick of paint here and there would put things right.  However, the reality can be seen in the third photograph, the pool has buckled and twisted under the force of the sea, almost as if an earthquake had struck.. 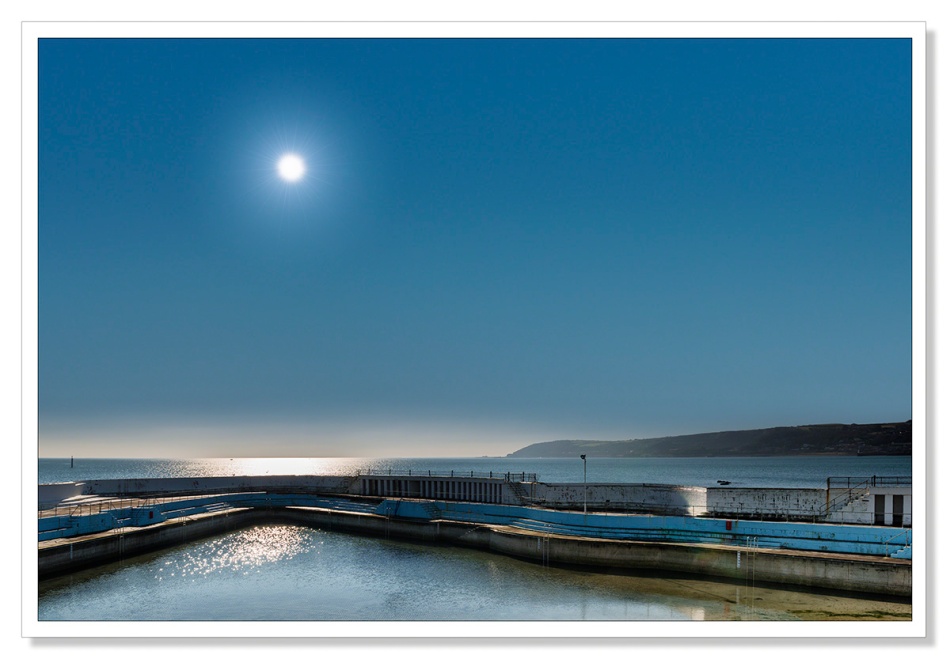 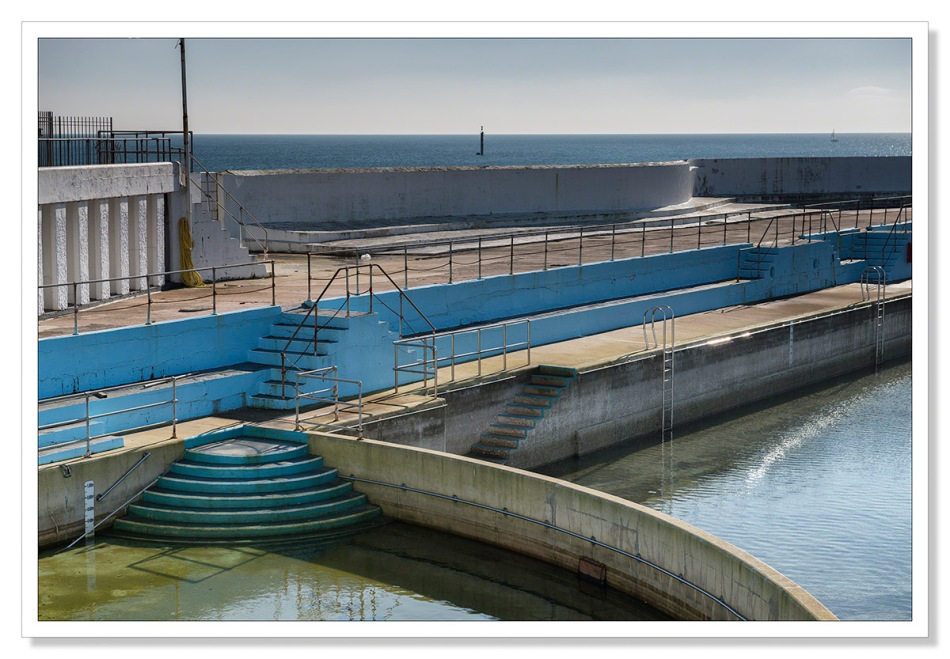