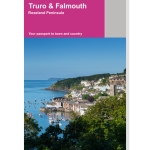 If you want a map with lots of detail, great if you enjoy hiking, cycling or just enjoy a nice gentle stroll, the map of choice in the UK is Ordnance Survey.

Ordnance Survey (OS) is the national mapping agency for Great Britain and is one of the world’s largest producers of maps. Since the first of April 2015 it has operated as Ordnance Survey Ltd, a government-owned company that is 100% publicly owned.

The agency’s name indicates its original military purpose, mapping Scotland in the wake of the Jacobite rebellion in 1745. There was also a more general and nationwide need for maps in light of the potential threat of invasion during the Napoleonic Wars, reflected in the inclusion of the War Department’s broad arrow in the agency’s logo up until 2015.

Ordnance Survey mapping is usually classified as either “large-scale” (in other words, more detailed) or “small-scale”. The Survey’s large-scale mapping comprises maps at six inches to the mile or more (1:10,560,  superseded by 1:10,000 in the 1950s) and was available as sheets until the 1980s, when it was digitised. Small-scale mapping comprises maps at less than six inches to the mile, such as the popular one inch to the mile “leisure” maps and their metric successors. These are still available in traditional sheet form.

This year Ordnance Survey decided to update their cover photos and I’m really pleased to say that one of my photographs will now adorn Map 204, Truro and Falmouth, part of the very popular 1:50,000 Landranger series.  The picture was taken of Fowey from across the Fowey River on a footpath known as Hall Walk.  You take the Bodinnick Ferry from Fowey and a little way up the road, the foot path begins on your right.

I’ve done a bit of cut and pasting to show how the map will look (roughly).  The photograph was taken on one of the most glorious June Mornings I can remember.  It was just a perfect day and to have that day immortalised (well nearly) on the cover of a map covering my area of Cornwall, that makes me happy.  This is a walk that I couldn’t manage today so it’s extra special and it’ll be very nice keepsake to have.  The new maps will be available from February next year.  I hope many visitors to the area will enjoy days similar to that one, although it has to be said, over the last few years these days, weather wise have been rare.. :-) 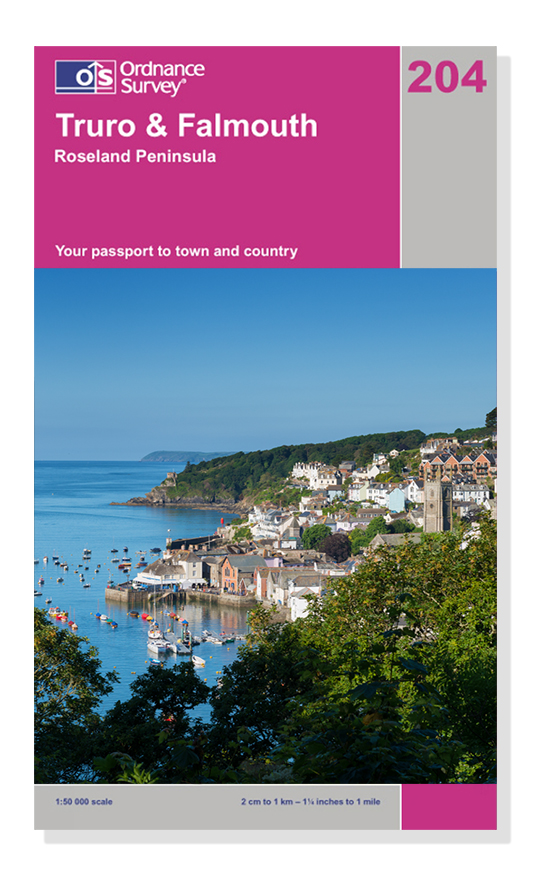