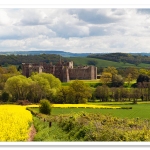 My last post was about Chepstow Castle.  This post is about another couple of castles, one English and one Welsh.  Goodrich Castle is an English castle whilst Rhaglan, like Chepstow, is a Welsh castle.  All three of these castles sit on the border between the two countries and one can begin to get a inkling that there may have been a great deal of conflict between the two nations in the medieval period and later sadly.

Goodrich Castle is a now ruinous Norman medieval castle situated to the north of the village of Goodrich in Herefordshire, England, controlling a key location between Monmouth and Ross-on-Wye. It was praised by William Wordsworth as the “noblest ruin in Herefordshire” and is considered by historian Adrian Pettifer to be the “most splendid in the county, and one of the best examples of English military architecture”.

Goodrich Castle was probably built by Godric of Mappestone after the Norman invasion of England, initially as an earth and wooden fortification. In the middle of the 12th century the original castle was replaced with a stone keep, and was then expanded significantly during the late 13th century into a concentric structure combining luxurious living quarters with extensive defences. The success of Goodrich’s design influenced many other constructions across England over the following years. It became the seat of the powerful Talbot family before falling out of favour as a residence in late Tudor times.

Held first by Parliamentary and then Royalist forces in the English Civil War of the 1640s, Goodrich was finally successfully besieged by Colonel John Birch in 1646 with the help of the huge “Roaring Meg” mortar, resulting in the subsequent slighting of the castle and its descent into ruin. At the end of the 18th century, however, Goodrich became a noted picturesque ruin and the subject of many paintings and poems; events at the castle provided the inspiration for Wordsworth’s famous 1798 poem “We are Seven”. By the 20th century the site was a well-known tourist location, now owned by English Heritage and open to the public. 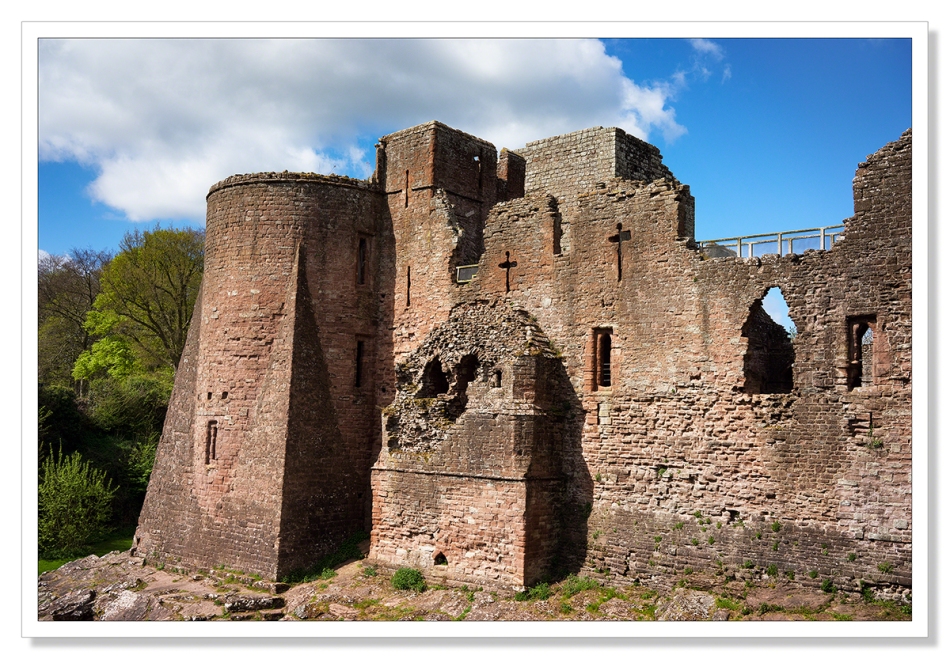 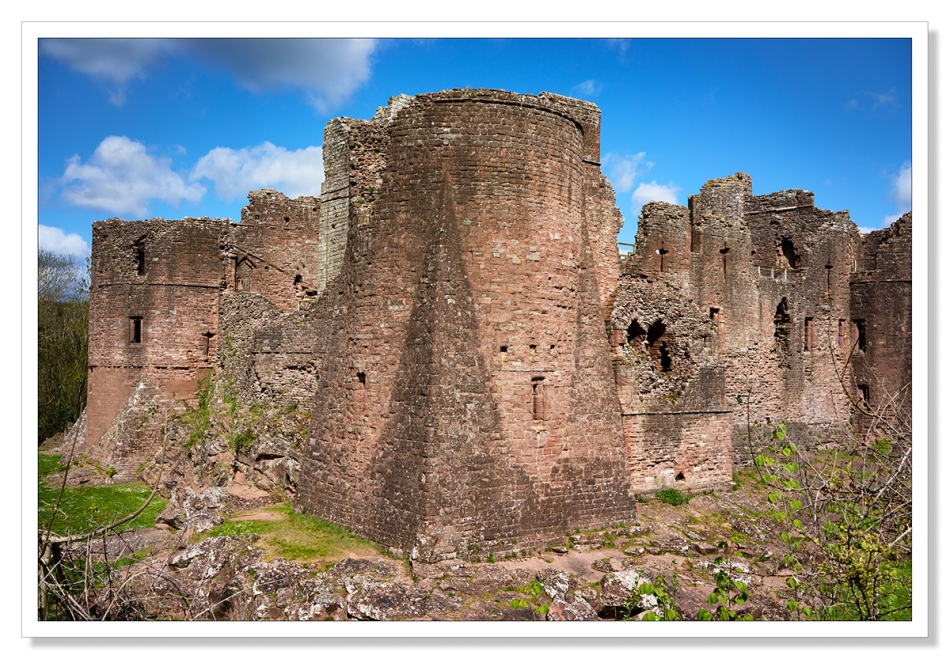 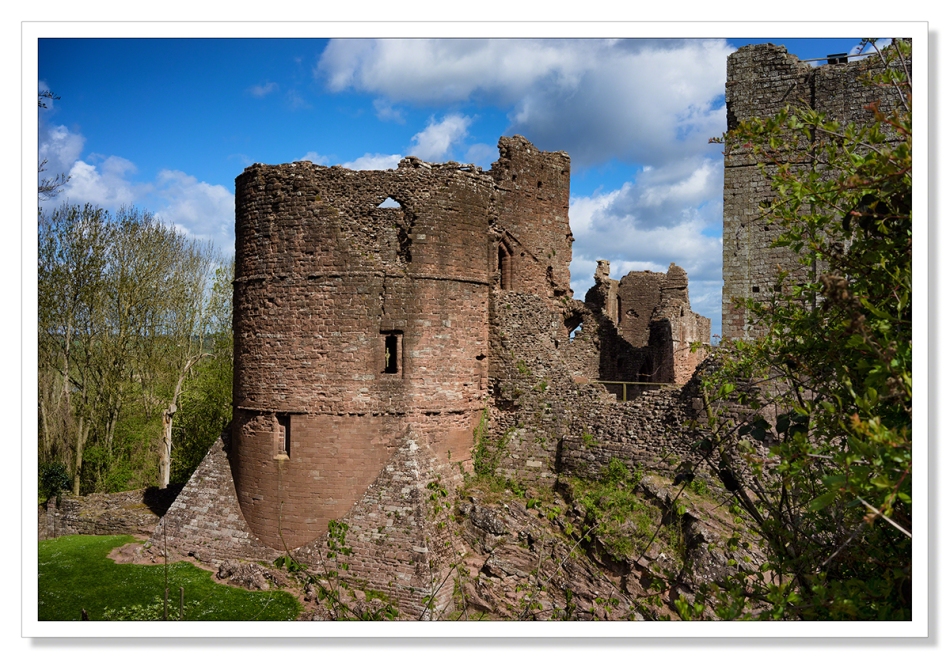 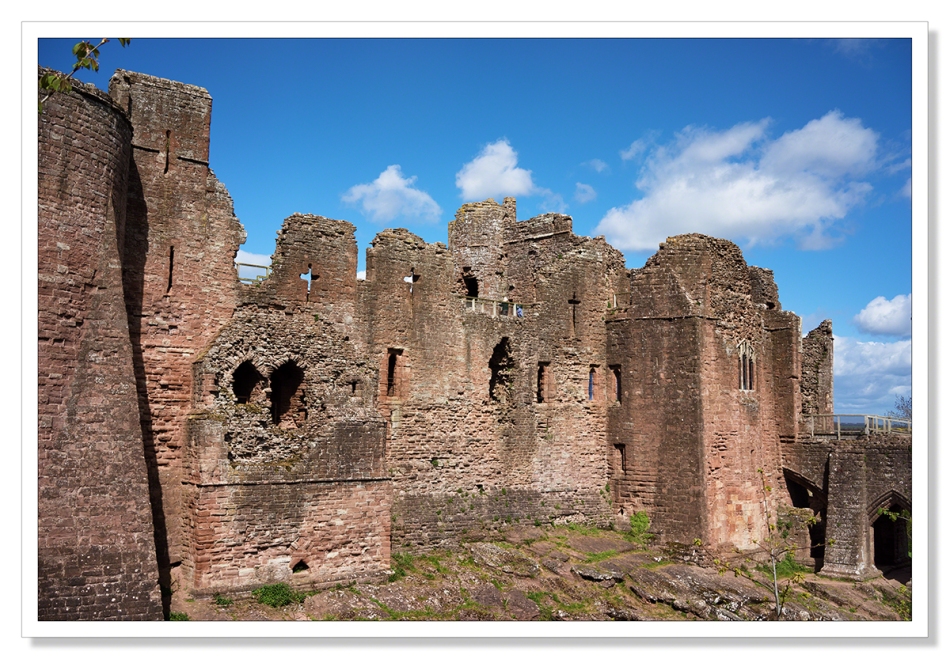 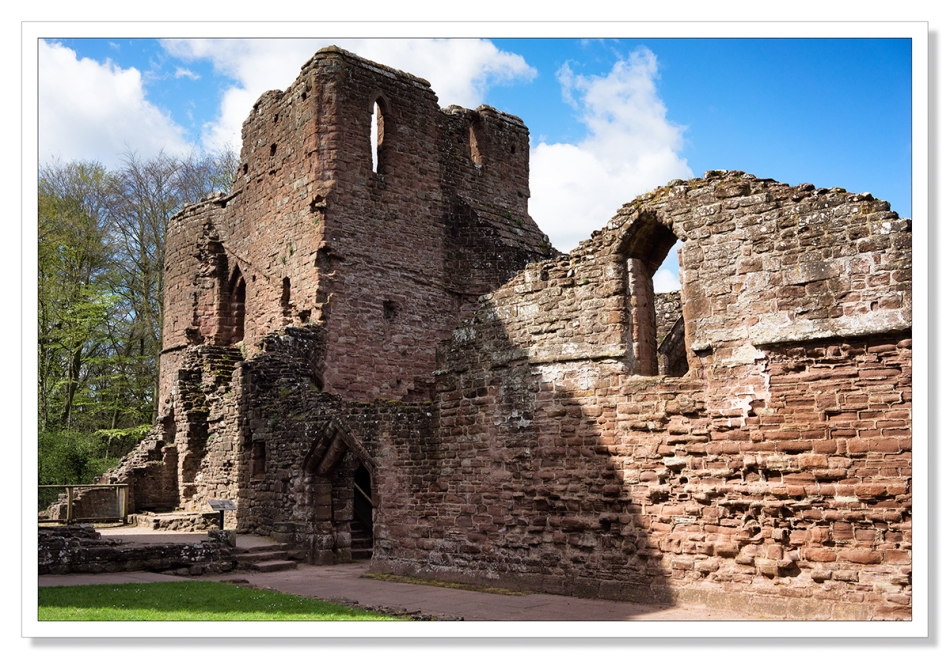 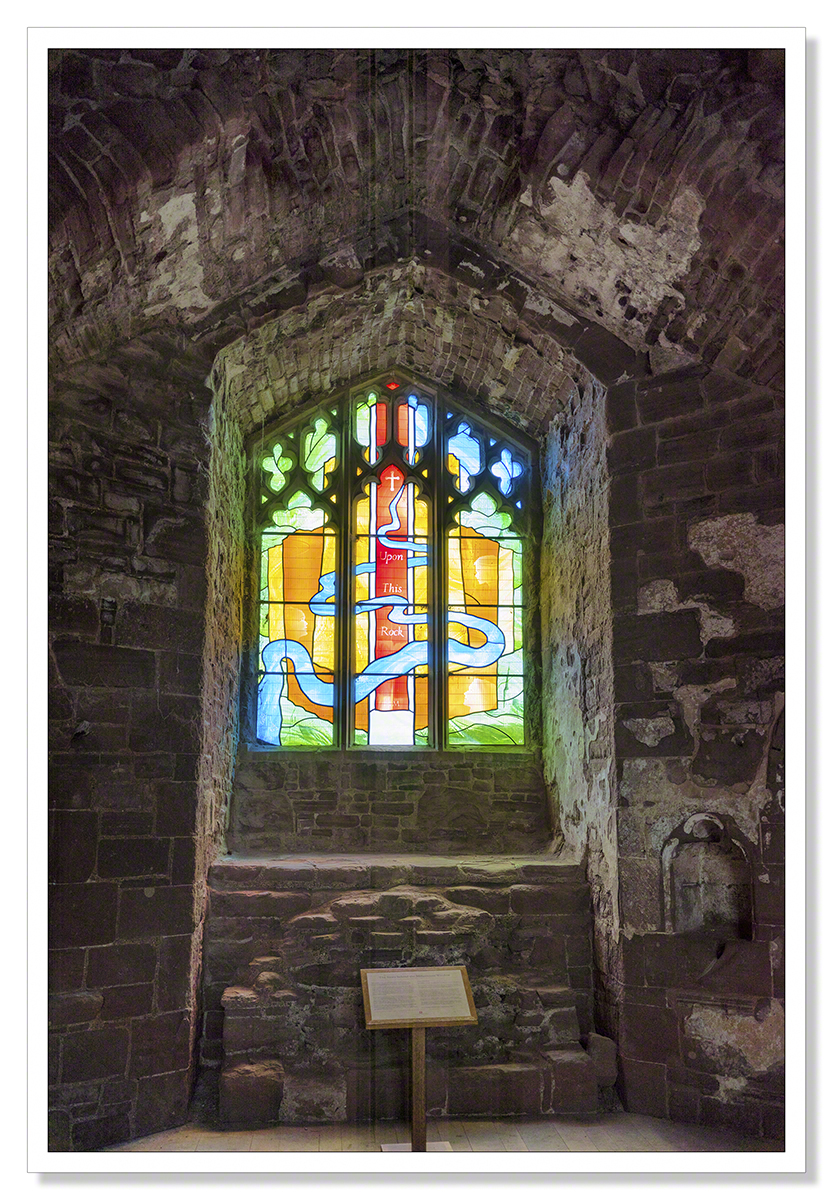 Raglan Castle is a late medieval castle located just north of the village of Raglan in the county of Monmouthshire in south-east Wales and is probably, bar Eilean Donan Castle in Scotland that I visited a while back, my favourite castle of all that I have visited in recent weeks.  Rhaglan Castle, like the village of Rhaglan has two names, one English – Raglan and one Welsh – Rhaglan.  This seem just a tad bizarre to me so as the castle is in Wales, I’ve gone with the Welsh spelling and included the h.  To see all the signage associated with Rhaglan displaying both spellings seems completely bonkers to me but there you are.

I really liked Rhaglan and like all the heritage sites I have visited in England, Scotland and Wales recently, it is immaculately maintained and preserved. Construction of the castle started about 150 years later than most castles of this type.  Very much a Johnny come Lately and as a result, has some very modern features not found in other castles of this type.  Huge bay windows is one example.

The modern castle dates from between the 15th and early 17th centuries, when the successive ruling families of the Herberts and the Somersets created a luxurious, fortified castle, complete with a large hexagonal keep, known as the Great Tower or the Yellow Tower of Gwent. Surrounded by parkland, water gardens and terraces, the castle was considered by contemporaries to be the equal of any other in England or Wales.

During the English Civil War the castle was held on behalf of Charles I and was taken by Parliamentary forces in 1646. In the aftermath, the castle was slighted, or deliberately put beyond military use; after the restoration of Charles II, the Somersets declined to restore the castle. Parts of the castle were then carried off and used to build local houses and this accounts for the castle missing huge chunks of stone.  The castle then became a romantic ruin, and is now a modern tourist attraction protected and superbly maintained by Welsh Heritage. 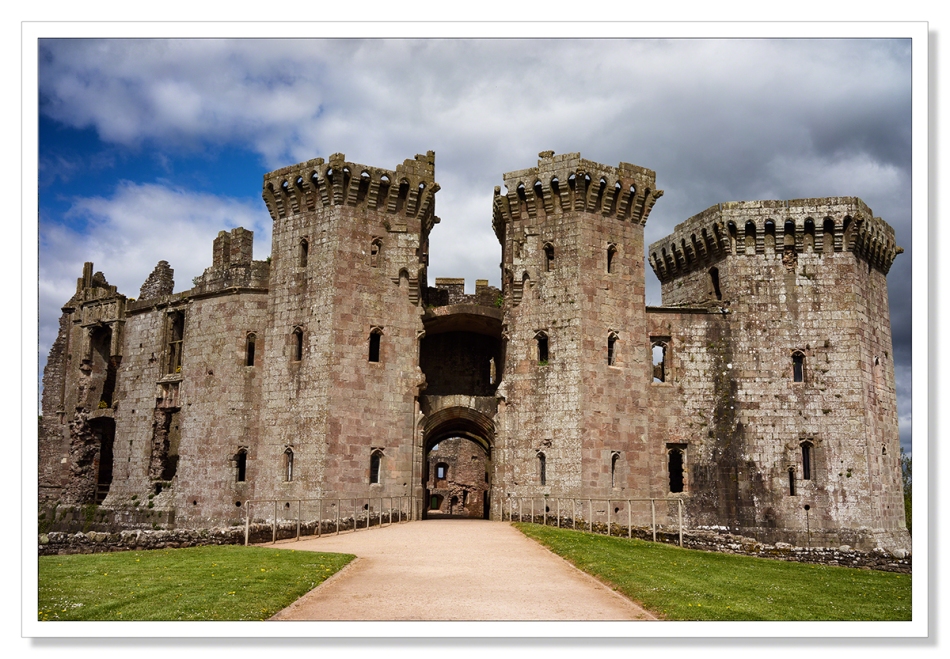 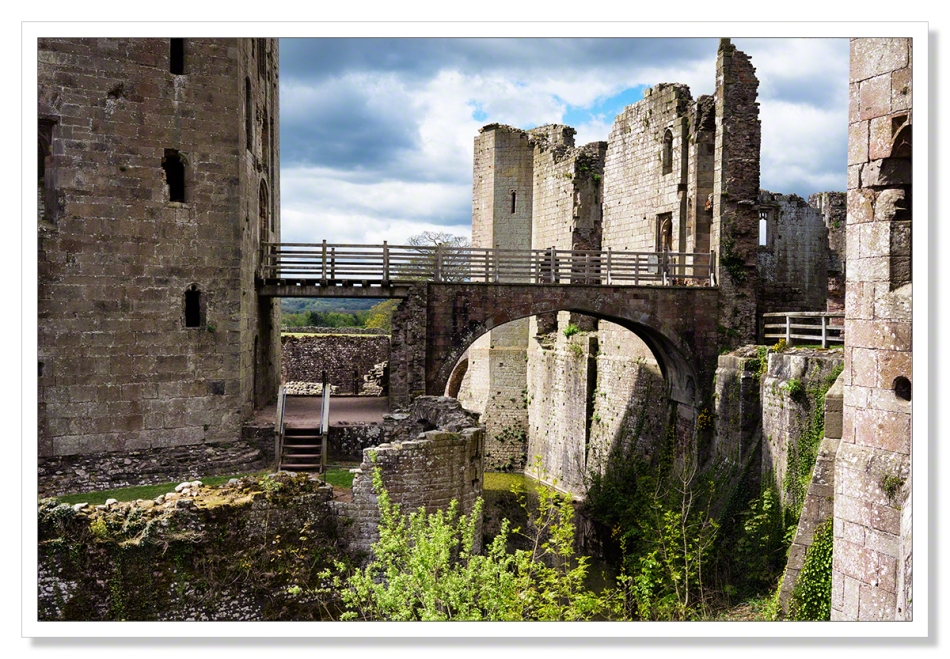 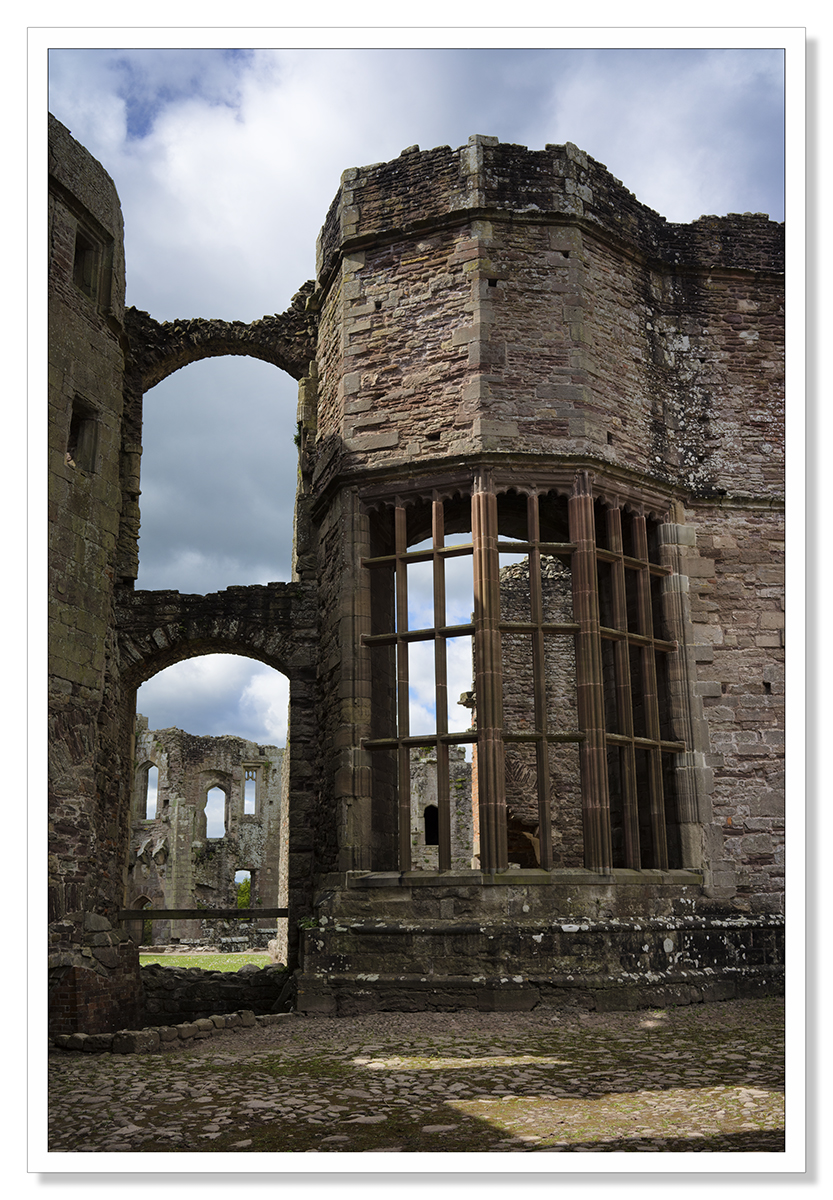 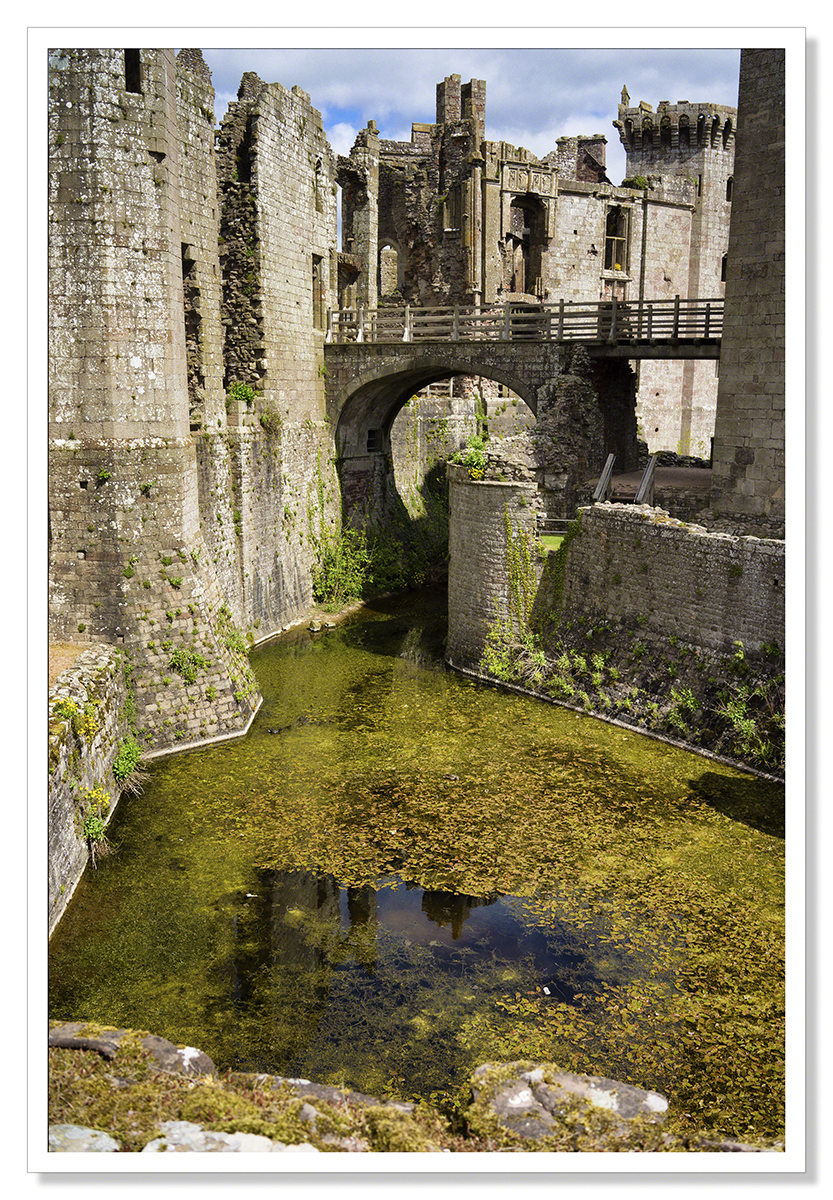 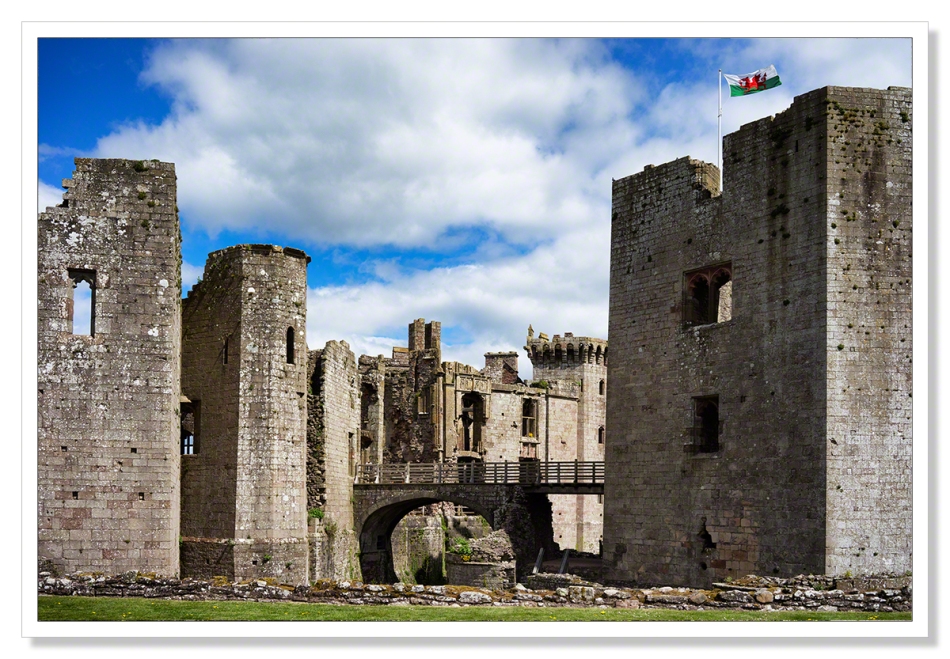 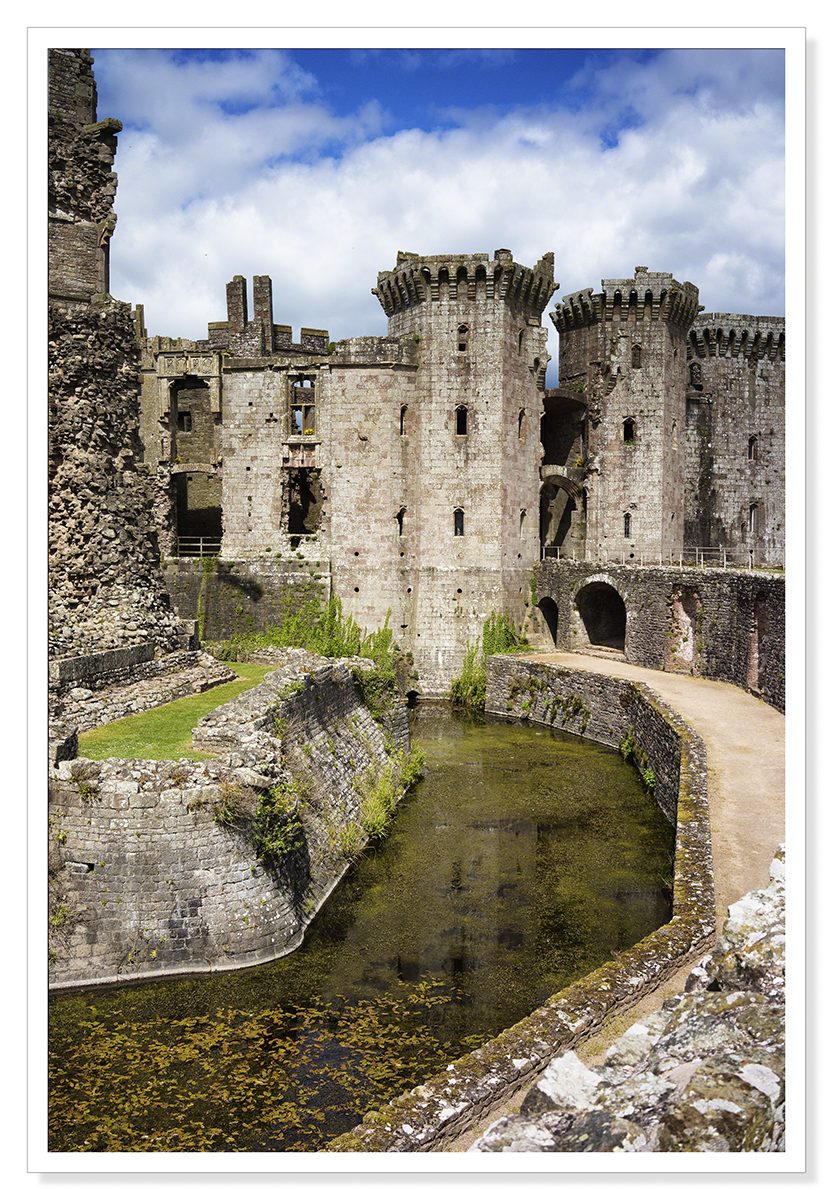 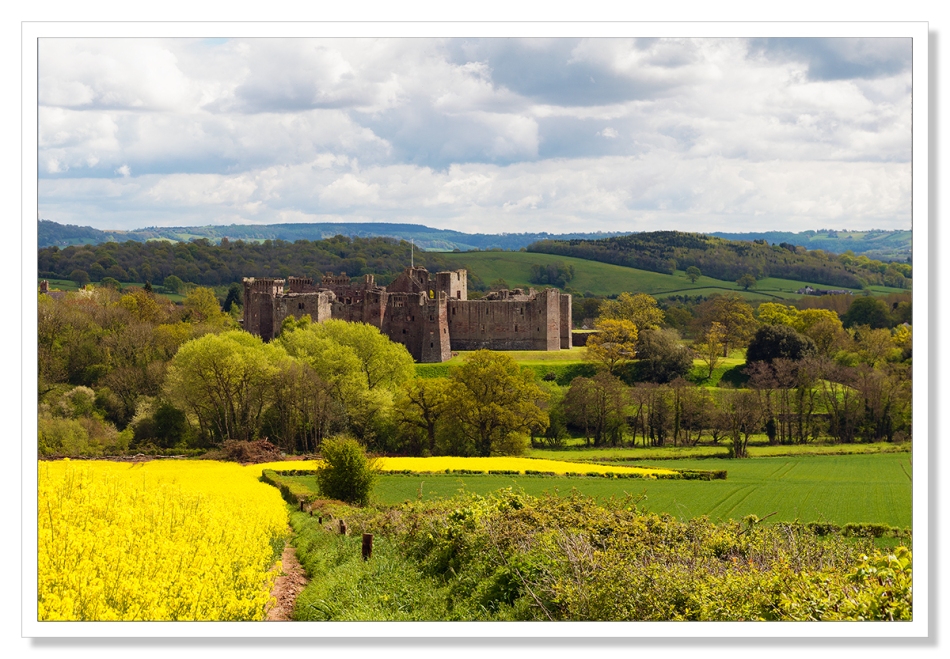